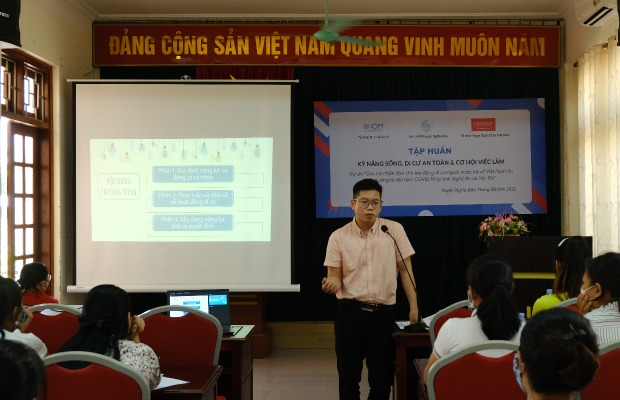 In late August, Hagar Vietnam and the Women’s Union of Nghia Dan district (Nghe An province) organised a workshop on ‘Safe Migration’ for 40 returning migrants. The workshop was funded by the International Organization for Migration (IOM), to assist international migrant workers returning to Vietnam due to the Covid-19 pandemic, and covered soft skills, safe migration and job opportunities. A trainer from the Nghia Dan Centre for Vocational Education and Continuing Education presented about the labor migration situation and factors to consider before deciding on migration. They also covered critical guidelines on self-awareness to encourage safe migration and raise people’s awareness of the various risks of illegal migration. 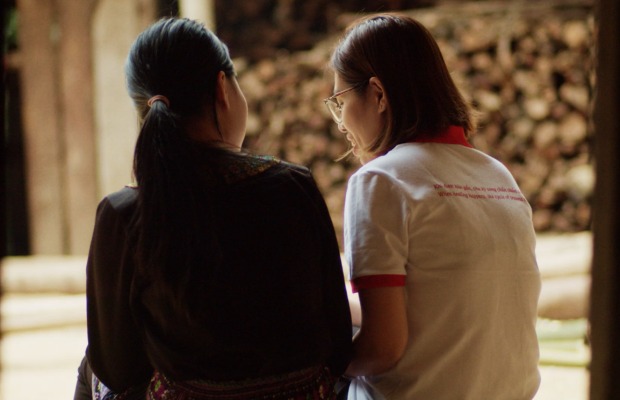 Language can be a real barrier for victims of trafficking and often they do not know they are in another country­ until they get there.

Recently Hagar Vietnam produced 2 human trafficking prevention and awareness videos in the Mu Cang Chai and Traum Tau districts of Vietnam, where many people do not understand Vietnamese. To combat this, the videos include the Hmong language spoken by the ethnic minority as well as traditional Vietnamese (Kinh), sign language and English subtitles.

One video covered common tactics traffickers use to lure victims and the other discussed ways victims can seek help and support. Three common scenarios were highlighted in the tactics video, including traffickers who allure victims with promises of high-paid employment, teenagers through false romantic gestures online and vulnerable women, including victims of domestic violence, by offering a better life.

Before the videos were produced, research was conducted including a survey and interview with local authorities and officers to find out the common methods traffickers use. The script was also discussed with local authorities and the draft version videos were sent to our partner – the Women’s Union of Yen Bai, for feedback to ensure they accurately captured the situation in the Yen Bai province.

In addition to being posted online to encourage Hmong locals to share it, the videos were broadcasted at community-based events because not everyone has smart phone access in rural areas.

The videos were funded by the U.S. Department of State and produced with assistance from FA production house Hanoi. You can watch them below or on Hagar Vietnam’s YouTube page: https://www.youtube.com/channel/UCNpqLOOiEeLpUeY4gWAhsaw 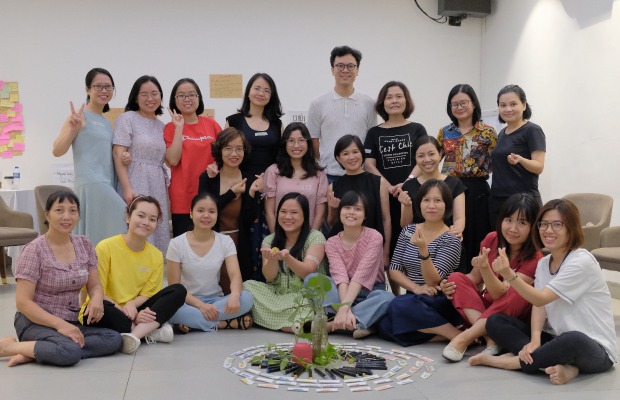 In August, Hagar Vietnam organised a 2-day internal capacity-building training about ‘Non-violent Communication’ for all staff. The training provided in-depth knowledge applicable to the workplace, including the development of key questions to address obstacles when interacting with survivors and partners to ensure work effectiveness. Through activities like reflections and role-play games the Hagar Vietnam team strengthened their interpersonal communication skills and connections with one another.