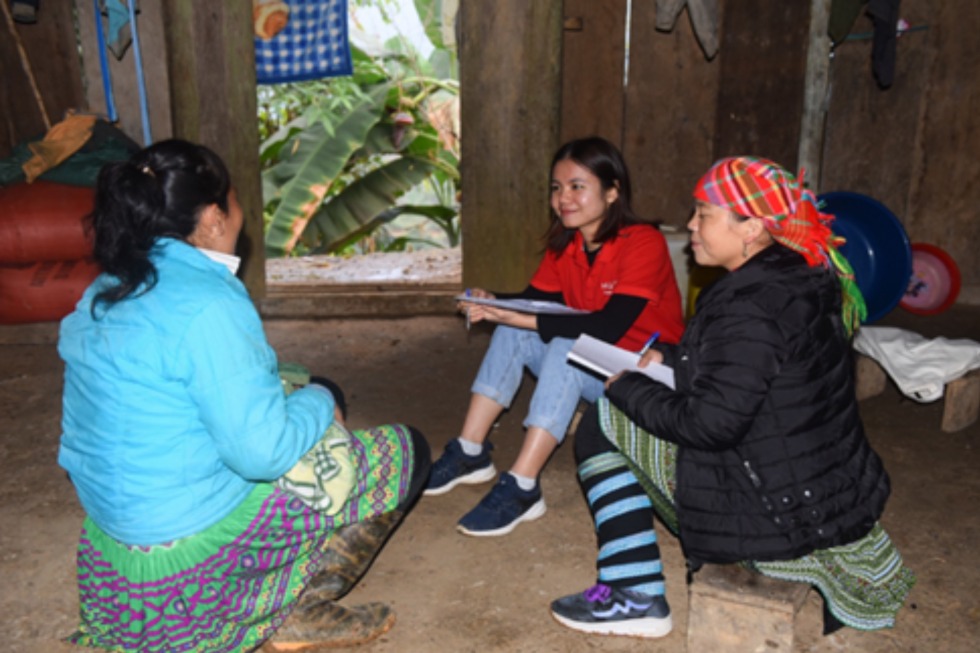 As a young native H’Mong girl in Yen Bai province, Phao never thought about setting foot out of her homeland. The world beyond those massive mountains was always mysterious to her.

Like many other girls in the village, Phao was taught to strictly follow her ethnic traditional norms and be submissive to the family’s order. Thus, she didn’t go to school and got married at the age of 17. H’Mong males usually have the highest role in families and the authority to make decisions because they can speak the national language better and use vehicles. Phao was never seated at the same table with her husband when having lunch or dinner. She was not allowed to eat until her husband finished his meal.

Over time, she grew tired of such an unhappy marriage. One day, one of her neighbours- a woman who was in a similar marriage situation, persuaded her to accompany her to Yen Bai city to see new things. Phao immediately agreed as she really wished to go away and thought that trip could help her feel better after such long stressful days of living with her husband.

Arriving in the big city, they met a H’Mong man who was friends with her neighbour. In the beginning, they did some sightseeing around Yen Bai city. He persuaded them to visit Lao Cai province which was near the border of China. They didn’t know that man was a trafficker who would take them across the border, selling them to Chinese men as wives. Without identity or marriage certification, Phao lived as a ‘nobody’ in China for over a year. The Chinese man treated her as “a regular housemaid” and exploited her as a sex slave at night. Phao was homesick. She missed her children at home and felt lost and hopeless. However, she was determined to escape from her Chinese husband. Upon escaping, she came across a police station. She talked to police in the H’Mong language, which was quite similar to Chinese. The police then helped her get back to Vietnam safely.

Through the Women’s Union in Yen Bai, Phao connected with Hagar Vietnam and was supported to be healed and empowered to reintegrate with her community. Under the JTIP project Hagar Vietnam was implementing in her district, she became a member of the self-help group made up of 5 survivors from the same village. Joining this group, their awareness on human trafficking and capacity to generate income increased.

“My youngest child was just a year old and we did not have enough warm clothes for her. I was so moved when Hagar supported my child with new and warm clothes which help her overcome the extreme winter here.”

What happened to Phao made her husband understand the risk of being trafficked and the dangers his wife was facing. After the incident, he learnt that a happy family could be the best shield to protect his wife from being trafficked. Since then, he changed his behaviour and actively cultivated family happiness. Under the JTIP project, nearly 20 cases were supported and 10 community-based communication events were organized to help local people earn knowledge and skills to protect themselves.

Prevention is always better than responding.

“I have never been supported like this before. Thank you so much, Hagar. This buffalo is helping my family live better. I used to deal with a lot of stigmaand discrimination back at home, but now I’ve found hope again.”

Hagar Vietnam hopes people like Phao can be a change maker or ambassador in their communities to raise public awareness on human trafficking and encourage more women to seek help.

“After everything, I realised that running away should never be a solution. From my experience, I will share with all the H’ Mong women in my community that we should be careful and not jump to any offer that is too generous.”