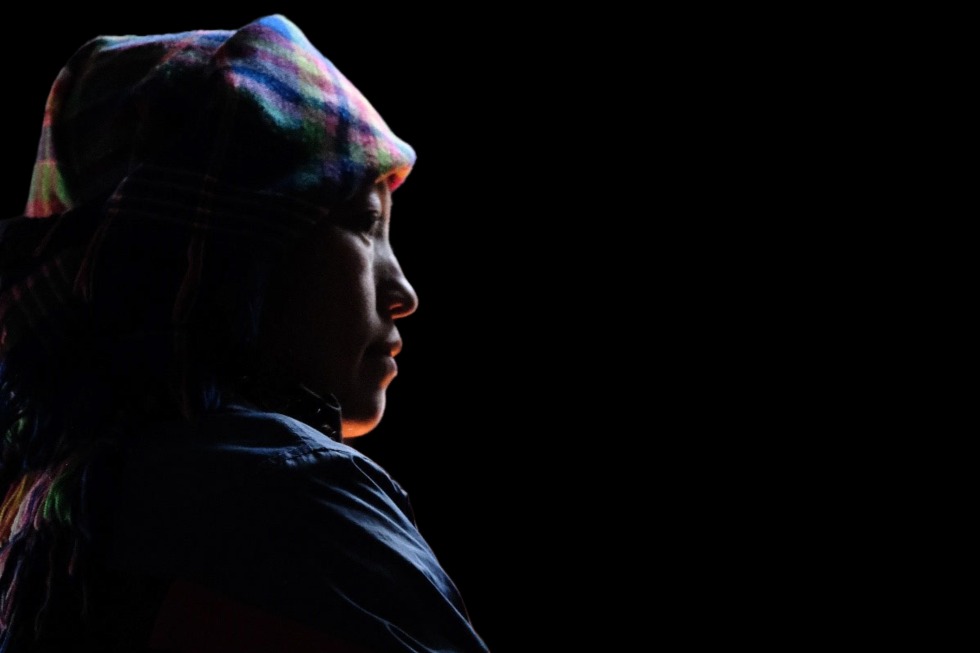 Like most ethnic girls from the Northern mountainous region, Dang did not receive family support for her education due to financial hardship. While Dang always dreamed about wearing a uniform and going to school like other girls, the reality meant she was compelled to carry her family’s responsibility at a very young age.

As a result Dang can only communicate with people through the H’Mong language. Without the ability to speak or write in the national Kinh language, she faced many difficulties and depended on her husband. Taking advantage of this power imbalance, her husband hit her every time he disapproved of her behaviour or attitude.

Dang suffered domestic violence for years until one day she was desperate for change to be free from the abuse. She reached out to a friend who introduced her to a man with a job offer for her. Dang trusted her friend so accepted this stranger‘s invitation thinking it would be a chance to improve her family.

Due to her illiteracy, it was not until Dang arrived in a strange and faraway place that she became aware she had been trafficked to China. There she was forced to marry a Chinese man and do a lot of work. No matter how hard she tried to call out for help, her voice went unheard in the deserted house. Only the love for her kids in Vietnam helped her not to give up hope and gain the strength to find a way out of that situation and get back home. Her hope was eventually fulfilled when Chinese police found out about her case and brought her back to Vietnam.

Even though she was tricked to come to China and forced to marry a strange man, her husband’s family blamed her for everything. Having been imprisoned for accidentally letting the trafficker borrow his motorbike, they believed she was responsible for his condition. They criticised her and even wanted to kick her and the children out of the house they had been living in.

Given the complexities of their circumstances Dang was certain her family was doomed.

“I was so sure that my kids and I were at a dead end. I tried to find a proper job with a stable income but always failed. Because I can’t speak the Kinh language, I only can do some animal rearing or sewing at home. My kids are very young so I can’t travel too far, either,” she said.

Fortunately, Hagar Vietnam and The International Organization for Migration heard about her situation from the Women’s Union in the Mu Cang Chai district. After assessing her case, Dang was accepted to join our program and provided animal husbandry which helps her earn an income to support herself and her children.

Hagar’s Case Manager also visited her home and determined her immediate needs. Living in very poor conditions, without warm clothes or kitchen utensils, her and her kids were struggling with the extreme cold weather. Therefore, Hagar also supported them with necessities to ensure their wellbeing.

In May the CEO of Hagar International, Mr. Andrew Catford, visited Dang and was updated on her current living status during a field trip to Yen Bai. Dang was very moved and appreciative she was able to meet Hagar’s CEO and get the chance to express her gratitude.

“I’m so grateful I get a chance to receive this great support from Hagar. Life is better for us now thanks to this timely support. My children are thrilled they have new and warm clothes. I think this winter is less severe for us.”